On November 1st, 2022 the workshop Proof-theoretic and Algebraic Aspects of (Intuitionistic) Modal Logics takes place. The workshop is associated with the public PhD defense of Iris van der Giessen on her thesis Uniform Interpolation and Admissible Rules. Proof-theoretic investigations into (intuitionistic) modal logics. Please go here for further content-related information. The defense takes place on the 2nd of November, 16.15h in the Utrecht University Hall. 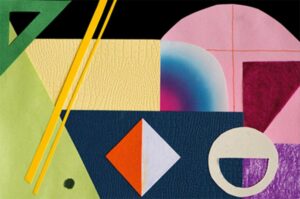 Please find the tentative program and abstracts of the talks below.

The venue of the workshop is Janskerkhof 2-3, Utrecht, Room 115.

Coffee breaks are included also for participants. If you would like to participate, please send an email to i.vandergiessen@bham.ac.uk, so that enough cookies can be ordered. 🙂

Abstract: Uniform interpolants were largely studied in non-classical propositional logics since the nineties, and their connection to model completeness was pointed out in the literature. A successive parallel research line inside the automated reasoning community investigated uniform quantifier-free interpolants (sometimes referred to as “covers”) in first-order theories. In this contribution, we investigate cover transfer to theory combinations in the disjoint signatures case. We prove that, for convex theories, cover algorithms can be transferred to theory combinations under the same hypothesis needed to transfer quantifier-free interpolation (i.e., the equality interpolating property, aka strong amalgamation property). The key feature of our algorithm relies on the extensive usage of the Beth definability property for primitive fragments to convert implicitly defined variables into their explicitly defining terms. In the non-convex case, we show by a counterexample that covers may not exist in the combined theories, even in case combined quantifier-free interpolants do exist. However, we exhibit a cover transfer algorithm operating also in the non-convex case for special kinds of theory combinations; these combinations (called ‘tame combinations’) concern multi-sorted theories arising in many model-checking applications (in particular, the ones oriented to verification of data-aware processes).

Abstract: Proof-theoretic method is one of the primary sources for constructive proofs of interpolation. After first being used to prove Craig interpolation using cut-free sequent calculi, the method has been extended to Lyndon interpolation, and uniform interpolation, as well as to analytic sequent calculi. More recently, it has been extended to hypersequents, nested sequents, labelled sequents, yielding, for instance, a positive answer to the open problem of whether Gödel logic (intermediate logic of linear frames) has Lyndon interpolation.
An interesting feature of this extension is its essential use of Kripke semantics (for modal or intermediate logics). While the algorithm for contructing interpolants is purely proof-theoretic, the proof of its correctness relies on the semantics. More pertinently, the algorithm in general and individual interpolant transformations in particular are guided and shaped by the structure of Kripke models of the logic in question.
In this work, we extend this syntactico-semantic method to proving uniform interpolation for K, D, and T using nested sequents and for S5 using hypersequents.
Joint work with: Iris van der Giessen · Raheleh Jalali.

In this talk, we will explain the algebraic and topological properties of different varieties of these algebras. We start with the algebraic theme of characterizing the subdirectly and simple ∇-algebras, the Dedekind-MacNeille completion, the canonical construction and the amalgamation property. Then, we will move to the topological theme to provide a unification of Priestley and Esakia dualities to capture the dual spaces corresponding to these algebras. This then leads to spectral duality and finally to some ring-theoretic representation for some of these algebras.